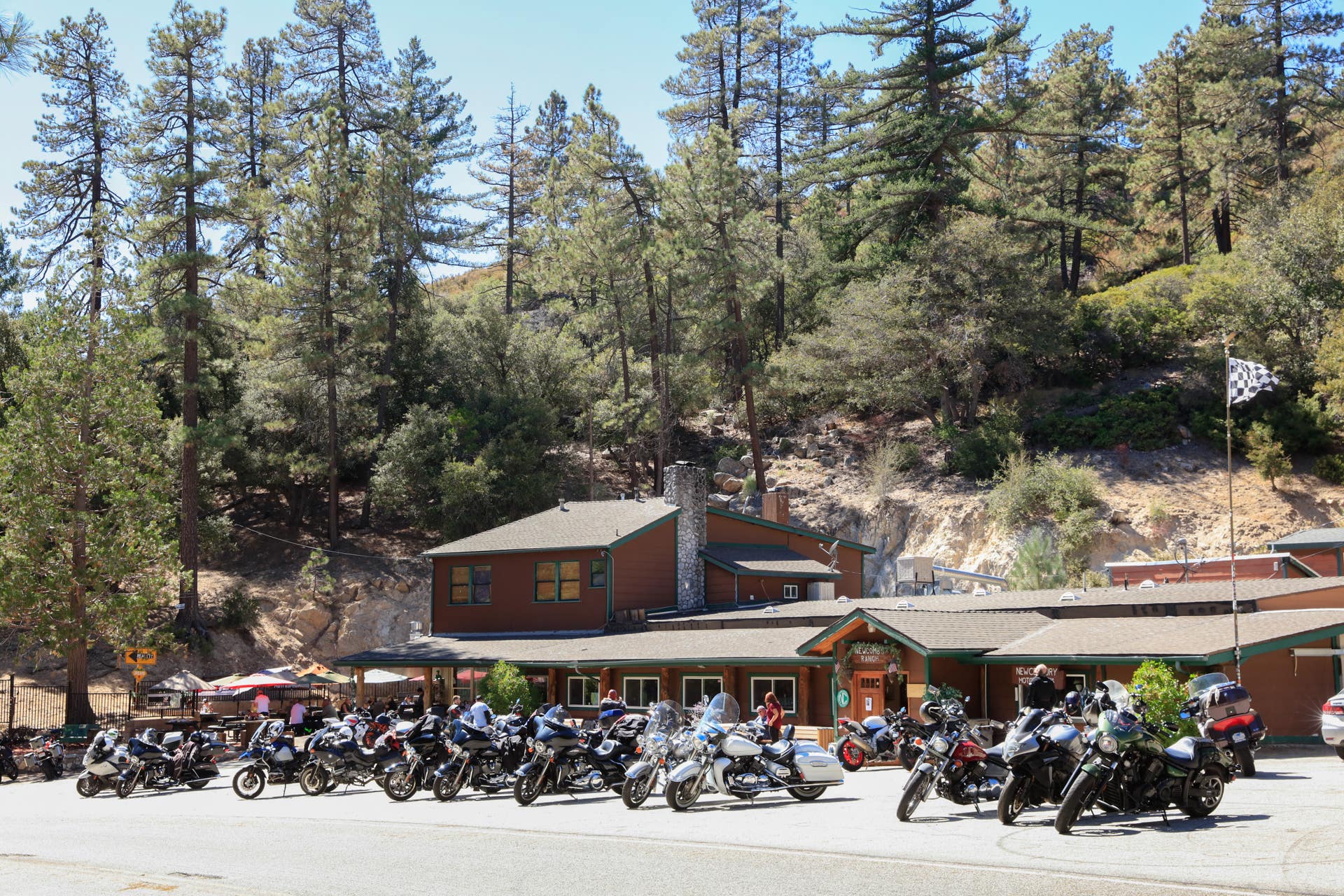 For hundreds of years, Shoshonean Indians (Gabrielinas, Fernandenos, and Serranos) have been visiting the San Gabriel Mountain high country. Living in seasonal camps near plentiful springs, they found the land rich in game and useful plants. The first European to venture into the mountains came for many of the same reasons.

During the 1860s and early 1870’s the infamous bandit and horse thief Tiburcio Vasquez frequented the area. He found the area’s relatively open and flat meadows to be an ideal place to hide his stolen herds. Even if a Posse was able to trace his band this far into the mountains, the surrounding region provided a natural fortress of rocks and caves. Sometime before his capture in 1874, one of the Vasquez men was said to have killed a bear with a knife, earning his nickname “Chillia” (or Hot Stuff). From this story comes the name of the region today, Chilao.

In 1888, an adventurous man visited the Chilao by the name of Louie Newcomb, a master Trail Blazer and Cabin Builder. Louis built his first cabin about a quarter of a mile Northeast of the present-day Newcomb’s Ranch. From this small but cozy cabin, a steady stream of hunters, hikers and friends visited Louis. A frequent guest and friend of Newcomb’s was William “Sturde’s” Sturtevant.

A plan was hatched between the two to create a toll trail to charge users 25 cents. Louis spent years developing a trail from Sturde’s Camp in the upper Santa Anita Canyon leading into Chilao high country and beyond. The toll trail never really worked as there was no way to patrol and collect fees from the many miles of trail. Louis soon found an alternative occupation as one of the first Forest Rangers in the newly created “San Gabriel Timber Reserve“.

Louis served in this for many years, building many cabins and trails still used today. Eventually, Newcomb settled down, got married and bought a home in the Sierra Madre. He sold most of his land to his cousin Lynn Newcomb Sr. in 1929, leaving the high country for good in 1940 feeling that the newly created Angeles Crest Highway had “ruined the place”.

Newcomb’s Ranch Inn was built in 1939. The Ranch has changed many times over the last several decades, serving a restaurant, hotel, general store and gas station. Much of the original two-story structure was destroyed in a fire in 1976. The building was rebuilt and opened as a restaurant run for many years by Lynn Newcomb Jr. Today, Newcomb’s Ranch is owned by Dr. Frederick H. Rundall, a lover of nature with a passion for the mountains.